I jot down the exact time that Joshua Banister entered the coffee shop. If he was supposed to start at six, then he was more than just a few minutes early for his shift as Carl had indicated. Did he normally come in so early?

I back up the video to just before Josh appeared on screen. I want to watch his approach in real-time, studying his gait as he comes up the sidewalk. He doesn’t appear to be in a hurry; he isn’t perturbed. As he reaches Late Lattes, he pulls out his phone and appears to send a text. Then he disappears into the building.

Who would he be texting so early in the morning?

I pause the video and shoot Bill a message to check into Josh’s recent texts. He’s probably already doing that, but I can’t help myself.
Since Bill is the currently the only detective on Brownsborough’s police force, we agreed that I would take my own crime scene pics after the techs left, then I’d head over here to tackle the security camera angle. In the meantime, Bill would track down Josh’s parents and anyone who might have spent time with him in the last few days.

And he would follow up on lab results. Brownsborough’s size doesn’t warrant a lab of its own, so the CSIs would have taken the evidence to a neighboring city for analysis. Without extra prodding, there’s no telling how much priority Josh’s case will be given.

Before I restart the feed, I take the time to retrieve a second cup of coffee from the pot in the breakroom. It isn’t a triple-shot dark chocolate mocha latte, but it is caffeine – something I desperately need after being up all night.

I still can’t believe Silas didn’t put up a fuss about giving me access to the city council’s security feed. I knew he would eventually, but his quick compliance was unexpected. And he’d told me to help myself to anything in the breakroom. Doubly odd.

But I’m not going to complain.

Blowing on my coffee, I settle back into my seat and resume the video.

A few uneventful minutes of footage pass before my phone rings. Bill Johnson’s name appears on the screen, and I pause the video, eager to hear an update.

“Hey, Julie, just thought you might be interested to know that I was able to call in a few favors. We’re still waiting on a lot of stuff, but I got them to expedite the tests on the powder from Late Lattes.”

“You were right. There was more than just creamer there. I’m sending you a snapshot of the results. I don’t know how you pegged it, but you did.”

“Like I told you – just a hunch. Keep me posted, will you? I’m interested in those autopsy results too.”

I end the call and drum my fingers on the desk until Bill’s text comes through. I scan the lines of data until I get to what I’m looking for.

According to the lab, there was a trace amount of cocaine mixed into the spilled creamer. Somehow that doesn’t surprise me nearly as much as that kind of revelation should. I had known something wasn’t right about that spill. It just looked too – deliberate.

The question now is, why was there cocaine present? Was Josh dealing? Buying? Or was something else going on?

I don’t know, but I’m going to find out.

With renewed determination, I restart the video footage.

Monk’s Blend is a smooth Ceylon black tea lightly flavored with vanilla and grenadine.  For those of you like me who aren’t already familiar with grenadine, I looked it up.  Grenadine is a syrup traditionally made with pomegranate juice and sugar (although there are artificial versions available as well).  I don’t know that I would have thought of pairing pomegranate with vanilla, but it certainly makes for a lovely tea experience! 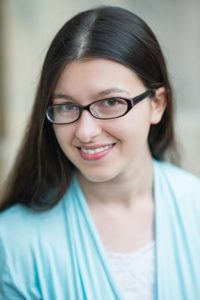 You have Successfully Subscribed!

Here, you are likely to see – well, anything related to books or the writing life and maybe even a short story on occasion. Grab a cup of tea and join me for a glimpse into my thoughts.